To share your memory on the wall of Murl Priestley, sign in using one of the following options:

Print
Murl Priestley, "Andy" to many, passed away December 2, 2020 in his beloved home of Manistee, Michigan.

Murl was born May 6, 1959 to Samuel and Elizabeth Priestley in Charleston, West Virginia. On July 26, 1980 he married the love of hi... Read More
Murl Priestley, "Andy" to many, passed away December 2, 2020 in his beloved home of Manistee, Michigan.

Murl was born May 6, 1959 to Samuel and Elizabeth Priestley in Charleston, West Virginia. On July 26, 1980 he married the love of his life, Christina Linn Mason, and together they bore 3 children: Eric, Ashley, and Adam (married to Dana). He has four grandchildren: Noah, Elijah, Kaelynn, and Grayson.

Murl had many careers over his lifetime, a true jack of all trades. He began his first career at Orlandi Gear Company in 1981, where he worked his way up to being a production manager. In 2000 he relocated with his family to Manistee, Michigan where he had built their family home. He worked at several companies while settling in, but found his place at Manistee County Sheriff Department, where he worked 2008- 2017. In May 2017 he started his own business, Murl's Sewer and Drain, and he truly enjoyed providing a service to the people of the town he loved the most.

Murl enjoyed many pastimes, including hunting, fishing, walking his property, sneaking candy and cookies for himself and his grandbabies, and time with his many good friends. His favorite pastime was the evening drives he took with his bride.

Murl is survived by his wife, children, grandchildren, his siblings Samuel Blaine (married to Janine), Kent, and Selina (married to Steve), extended family, and wonderful friends.

Murl was preceded in death by his parents, grandparents, extended family members, and dear friends Gabriel D'Alimonte and Kurt Knutson.

A memorial service will be announced in Spring
.
Please share a memory with the family at www.oakgrovefh.com Arrangements by Oak Grove Funeral Home & Cremation Center in Manistee.
Read Less

There are no events scheduled. You can still show your support by sending flowers directly to the family, or planting a memorial tree in memory of Murl Antoine Priestley.
Plant a Tree

We encourage you to share your most beloved memories of Murl here, so that the family and other loved ones can always see it. You can upload cherished photographs, or share your favorite stories, and can even comment on those shared by others.

Posted Dec 11, 2020 at 09:43am
I had the pleasure to talk with Murl once a month when I worked at the front desk for the newspaper. He was such a pleasant person to talk to, I just remember thinking if there were more people like Murl this world would be so much better. I still work at the paper and I would think of him often especially when I would see his truck around town. I was only ever able to talk on the phone with him, I never met him in person but these pictures sure say a thousand words. My deepest condolences to the family.
Comment Share
Share via: 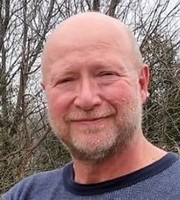