To share your memory on the wall of Vera Egeler, sign in using one of the following options:

Print
In the early morning hours of September 9, 2019, Vera Mae Egeler (Chaney) of Manistee Michigan, passed away at Butterworth Hospital in Grand Rapids after a nearly 9 month battle with Guillain Barre Syndrome. She was 84 years old.

Vera w... Read More
In the early morning hours of September 9, 2019, Vera Mae Egeler (Chaney) of Manistee Michigan, passed away at Butterworth Hospital in Grand Rapids after a nearly 9 month battle with Guillain Barre Syndrome. She was 84 years old.

Vera was born at home on December 27, 1934 in Williamsburg, Mi to Ted and Alice Chaney. She lived in WIlliamsburg, Muskegon, and Grand Rapids while growing up, but no matter where she was, you could bet she was making mischief and getting into trouble. She continued that trend throughout her long life. Her children never saw that side of her, however, until, at the age of 80, she won her first game of Cards Against Humanity. This was not a case of beginner’s luck as she continued to dominate the game for the rest of her life. Her children are incredibly thankful that she is now pain-free and at peace. More than that, they are relieved that they each now have a chance to win at the game during family gatherings again. She loved to play games like Pinocle and Euchre and tending to her flower gardens.

She was preceded in death by her sister Bonnie and her husband Alvin to whom she was married for 50 years.

A memorial service will be held at Oak Grove Funeral Home, 309 Parkdale Ave, Manistee, MI on Sunday, September 15th at 2:00 PM With Pastor Dennis Rahn officiating. A one hour visitation period will begin at 1:00 PM. Interment will be at Trinity Lutheran Cemetery in Manistee.

Memorial Contributions in Vera’s name can be directed to Trinity Lutheran Church or charity of choice. Please visit Vera’s personal page of memories at www.oakgrovefh.com to share a photo or story with the family.

To send flowers to the family or plant a tree in memory of Vera Mae Egeler, please visit our Heartfelt Sympathies Store.

We encourage you to share your most beloved memories of Vera here, so that the family and other loved ones can always see it. You can upload cherished photographs, or share your favorite stories, and can even comment on those shared by others.

Bob, Cindy, & Karen, Barb and the Holistic Care Team, and other have sent flowers to the family of Vera Mae Egeler.
Show you care by sending flowers

Posted Sep 13, 2019 at 07:09pm
Were sorry to hear about Aunt Vera . We remember as kids going with our Mom to visit her before she married Uncle Al & moved to Manistee.

Barb and the Holistic Care Team

Posted Sep 11, 2019 at 11:13am
Please accept our most heartfelt sympathies for your loss... Our thoughts are with you and your family during this difficult time.

Barb and the Holistic Care Team purchased the Medium Dish Garden for the family of Vera Egeler. Send Flowers

Posted Sep 10, 2019 at 02:42pm
We are so sorry for your loss. Our thoughts and prayers are with Jennifer and her family at this time. 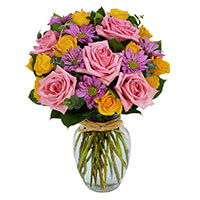