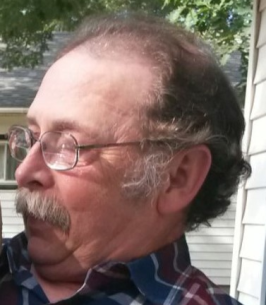 He was born on December 8, 1955, in Livonia, Michigan, to Nancy A. (Wade) Barrett and Herbert Barrett. He moved to Harrison as a young adult and completed auto mechanic courses at Mid-Michigan Community College.

He traveled the country with oil field companies for a few years which is how he met Ruth Denham in Illinois. They were married on August 8, 1986 and moved back to Michigan to begin married life.

Dale worked for Consumers Energy, moving to Manistee from the Clare area. He retired after 25 years due to health issues.

He enjoyed dune rides in his jeeps, camping, and working on anything. Until his health issues became too difficult, he enjoyed garden tractor pulling. Dale was also an animal lover and had many companions over the years.

He was preceded in death by his parents; in-laws Eugene and Mary Denham; sister Nancy Close; and brother-in-law Roger Denham.

A Graveside Service for Dale will be held on Wednesday September 21, 2022, at 1:00PM at Oak Grove Cemetery in Manistee.

In lieu of flowers, memorial donations may be made to American Heart Association or Hospice of Michigan.

Please share a memory with the family at www.oakgrovefh.com. Arrangements were made by Oak Grove Funeral Home & Cremation Center in Manistee.