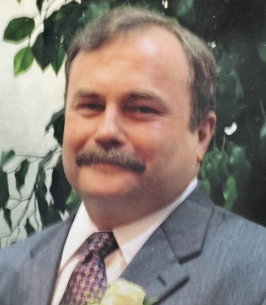 Richard lived in Utah most of his life. He graduated from Ogden High School and Weber State University. Trained as an O.R. Technician in the Army, he worked in that capacity in Ogden, Utah. He later studied medical coding and moved to Grand Rapids, Michigan to work in that field in 2003. He retired in 2019.
Throughout his life, Richard loved animals, dog Perro in young childhood, dog Shadow in young adulthood. And in adulthood, dog, Buddy as well as one sneaky cat in Ogden.

Funeral Services will be held on Saturday September 3, 2022, at 11:00 AM at Holy Trinity Episcopal Church in Manistee with Father Everett Klein officiating. A time of fellowship will follow prior to his burial at Sugar Grove Cemetery in Scottville. The family will receive friends on Friday September 2, 2022, at Oak Grove Funeral Home in Manistee from 5:00 PM until 7:00 PM.

Memorials in Richard’s name may be directed to Holy Trinity Church Baby Pantry
.
Please share a memory with the family at www.oakgrovefh.com. Arrangements by Oak Grove Funeral Home & Cremation Center in Manistee.