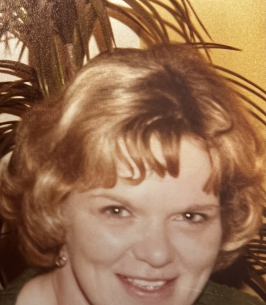 In Loving Memory of Sandy Breuker, 81 years old, passed away peacefully in her sleep on May 31, 2022 with her son by her side.

Sandy was born on May 7, 1941 in Manistee, MI to the late Darwin “Windy” Witkowski and Phyllis June (Norton) Witkowski-Perski. Also preceding her in death were her son Fred E.Perski of Manistee on November 25, 2020 and her brother Thomas Perski of Newport, TN on January 11, 2022.

Sandy had several hobbies, such as knitting, sewing, & others. Her passion was reading her favorite authors including James Patterson, Stephen King, John Grishom, and more. She like watching old westerns and TV shows from the 50’s, 60’s, & 70’s. Her favorite movies were Boondock Saints, Tombstone, and any Quentin Tarantino movie.

Sandy was an awesome friend, treating all with dignity & respect, always helping those in need. She was a loving, caring & devoted mother, always putting her sons first. She will be dearly missed by many.

No services are being held. Sandy will be laid to rest at Oak Grove Cemetery in Manistee.