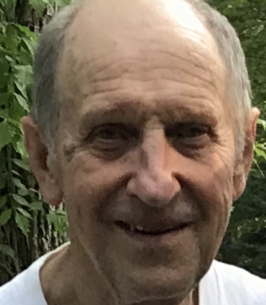 Donald Raymond Kogut, Age 85 of Manistee died Memorial Day, Monday, May 30, 2022, at his home.
He was born on October 3, 1936, in Flint, Michigan the son of the late Peter M. & Angeline S. (Sanocki) Kogut. He was a graduate of Kearsley High School in Flint. Don was a veteran of the United States Air Force. In 1958 he married Patricia A. Davis. She preceded him in death on October 16, 2009.
Don was employed as a draftsman by AC Spark Plug/General Motors in Flint, MI. A history buff, he was a Contributing Member of the Manistee County Historical Museum. He loved birds and was involved with the Audubon Society. He also was involved with the Spirit of the Woods Music Festival.
He is survived by his son; Scott Kogut and daughter; Ann M. Standke, as well as by his five grandchildren; Victoria & Blair Kogut, Scotti-Anna (Doug) Willy, Kurt and Leeanne Standke, three great grandchildren, numerous nieces and nephews; and his dear friend and companion Carol Quade.
In addition to his parents, he was preceded in death by his brother; Edmund Kogut and sister; Wanda Barrett.
A memorial service will be held at a later date.
Those wishing to make an expression of sympathy are asked to consider the Manistee County Historical Museum.
Arrangements by Oak Grove Funeral Home & Cremation Center in Manistee.