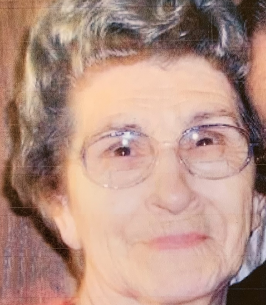 In 2010 June married her high school sweetheart, Corwin “Pete” Somsel. She and Pete loved going to the Wellston Jammers to enjoy the music, and most every day they could be found at a local restaurant having lunch or dinner with their many friends in Wellston.

A life-long resident of Brethren and Kaleva, she graduated from Norman-Dickson High School and immediately entered into the working world being employed for many years at Glen of Michigan, as well as other employment in the area until her retirement.

June was an excellent seamstress and volunteered her talents to a quilting group at the Bethany Lutheran Church in Kaleva. She spent many hours volunteering with her sister and best friend, Lenore, at the Marilla food pantry. She and Lenore spent many a happy spring afternoon hunting morels in the woods around Brethren and Kaleva. June also loved to fish in the local lakes and streams for panfish and trout. In her later years, June enjoyed watching her TV shows: Wheel of Fortune, Jeopardy, Gunsmoke, and The Andy Griffith Show. She kept a picture of her favorite actor, John Wayne, hanging on the wall by her chair in the living room. June loved her car so much that she named it Mary Todd Lincoln. She had a great sense of humor and was a loyal and generous friend.

Pete wishes to thank June’s dedicated caregiver, Debra Leckrone, who helped June through her final days.
Cremation has taken place, and, at June’s request, no services are planned at this time.

Please feel free to share a memory or photo with June’s family at www.oakgrovefh.com. The family has entrusted funeral arrangements with Oak Grove Funeral Home in Manistee.