To share your memory on the wall of R L Long, sign in using one of the following options:

Print
R.L. Long, age 67, left this Earth on May 19, 2021. He passed away at his home, surrounded by his loving wife and daughters, after a fierce battle with leukemia.

R.L. was born in Waynesboro, MS in 1954. He was the second son of WW1 veteran Robert Lee Long and Bonnie Pearl (Williams) Long. His childhood in rural Mississippi was rough and tumble, full of adventures with his older brother and first friend, Robert.

As a teenager, he joined a traveling seismic crew and started what would be a lifetime on the road. His travels brought him to Traverse City, MI in the early 1970s. He lived in a cabin along the bay and met the love of his life, Linda Kay Rakowski. His southern drawl and dimples were unforgettable. From that point on, whenever they were together, they were home.

They were married in Wayne County, MS in 1975 and continued traveling with their growing family. Amanda Sue was born in Gaylord, MI in 1979 and Julie Anne was born in Albion, MI in 1983. In 1986, R.L. settled his family in Manistee, MI. His third daughter Jessica Lin was born in 1987, completing the Longs. R.L. loved being the father of daughters and was deeply devoted to them.

R.L. continued to work in oil and natural gas projects from West Virginia to North Dakota, driving at least one million miles during his career. He was known for his dogged work ethic and straight-forward nature, often charming even the most hostile landowner. His easy humor and unique name made an impression on every person he met.

While he was on the road, his heart was always with his girls at home. Linda held down the fort in Manistee, always looking forward to the moment he would pull up the driveway. They were unfailing partners to each other and raised their family with love and thousands of long distance phone calls.

In his semi-retirement, R.L. most enjoyed spending time with Linda and his family. He was a grill master and everyone always looked forward to his famous chicken wings and ribs at every party. He was known for his green thumb and grew his own collard greens every year, even in the northern climate of Michigan. He doted on his only grandson, his “little butterbean” Eli Hamstra. R.L. was a true family man and his greatest joy was knowing his family was happy and thriving.

Like any travelling man, R.L. could only be with us for a very short time. He approached his leukemia diagnosis with a sense of humor and immense grace. The Long Family is grateful to his care team at the Manistee Cancer Center for their time, effort, and affection.

R.L. is survived by the love of his life, Linda and his three daughters: Amanda (Nate) Hamstra, Jessica Baranek (Theodore Johnson), and Julie Long (Sean Caron), and his cherished grandson, Eli Hamstra. He is also survived by his brother Robert (Laurie) Long, sisters Laura (Ralph) Trigg and Loretta (Richard) Bankston, beloved sister-in-law Suzanne (Martin) Miller, and all his adored nieces and nephews, friends, and colleagues.

He was preceded in death by his father, Robert Lee Long, and his mother, Bonnie Pearl Long.

The family is celebrating R.L.’s life and legacy privately. For those wishing to remember R.L., the family suggests you plant a garden, have a cold beer, or hug your family tightly.

There are no events scheduled. You can still show your support by sending flowers directly to the family, or planting a memorial tree in memory of R L Long.
Plant a Tree

We encourage you to share your most beloved memories of R L here, so that the family and other loved ones can always see it. You can upload cherished photographs, or share your favorite stories, and can even comment on those shared by others.

Posted May 24, 2021 at 03:51pm
My deepest sympathy. R L was is truly a wonderful person. I first met R L in 1976. We worked together for a year, and our companies took us in different directions. His name would come up at times through the years, and there was never anyone who had anything but kind thigs to say about R L. I was fortunate enough to end up back in Michigan and again our paths crossed. It was always a pleasure to be around R L working or just visiting.

Posted May 22, 2021 at 02:24pm
Amanda, Nate and Eli - So sorry for your loss. Thinking of you all and your family. Love, Uncle Jerry, Charlene, The Cribleys and the Nelsons 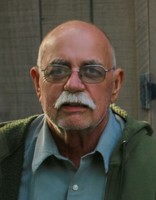