To share your memory on the wall of James Kieszkowski, sign in using one of the following options:

Print
James “Jim” Michael Kieszkowski, age 66 of Bear Lake, peacefully passed away on Tuesday April 27, 2021 with his family members by his side at his home on Bear Lake.

He was born on April 27, 1955 in Manistee, son of the late Ludwig J.... Read More
James “Jim” Michael Kieszkowski, age 66 of Bear Lake, peacefully passed away on Tuesday April 27, 2021 with his family members by his side at his home on Bear Lake.

He was born on April 27, 1955 in Manistee, son of the late Ludwig J. and Rogene A. (Schmeling) Kieszkowski. He attended Guardian Angels Elementary School and Manistee Catholic Central, where he graduated with the class of 1973. Jim married Margaret “Meg” Reed on November 5, 2010 at their home on Bear Lake.

Jim was an ambitious entrepreneur with passion for numerous projects benefitting his community. He took great satisfaction in seeing every task through to completion. As a young man, he worked alongside his mother and father, supporting longtime family-owned businesses in Manistee, MI including Jerry’s Flowers, Oak Grove Cemetery, and Kieszkowski Farm. In his later years, he ventured out on his own, building his local legacy with successful businesses such as Oak Grove International, Kieszkowski Greenhouse, apartment rentals, Maggie’s Bear Lake, and Manistee Laundromat and Car Wash. Jim was dedicated to public service and took great pride in his local community. He was always willing to contribute his time and resources to support projects benefitting the lives of others.

While Jim’s persistent drive and entrepreneurial spirit kept him busy, his family and friends were always his priority. When Jim was not hard at work, he could be found around the fire pit with his wife Meg at their home on Bear Lake, spending time with his grandchildren, cruising on his pontoon boat, fishing, hunting, or spending the winters in Florida.

Funeral services for Jim will be held at 11:30AM on Saturday May 1, 2021 at Oak Grove Funeral Home in Manistee with Pastor Seth Bush officiating. The family will receive friends for visitation from 10:30AM until time of service. Cremation will follow and final interment will take place at Oak Grove Cemetery where he will be laid to rest next to his parents. Casual dress encouraged.

In lieu of flowers, memorial contributions in memory of Jim may be directed to the Manistee Catholic Central Athletic Association or to Music on Bear Lake.

Please feel free to share a memory or photo with the family at www.oakgrovefh.com. The family has entrusted funeral arrangements to Oak Grove Funeral Home & Cremation Center in Manistee.
Read Less

To send flowers to the family or plant a tree in memory of James Michael "Jim" Kieszkowski, please visit our Heartfelt Sympathies Store.

All our love- Ashley and Liz and Scott, Heather and Lakeside crew sent flowers to the family of James Michael "Jim" Kieszkowski.
Show you care by sending flowers

Posted Apr 30, 2021 at 05:58pm
Jim was a amazing guy, I am so sorry I can’t be present at the service on Saturday, Jim taught me how to drive a stick shift when I went to work at Jerry’s flowers. Jim was very patient and we both realized the real flower arranging happened in the truck jerking those flowers around while learning how to use the clutch. It was alway a tradition in these past several years to meet Jim at Mount Carmel the days prior to Memorial Day, I’ll miss that handshake and big hug this year and catching up on his life.
Jim your suffering is over, and now you are at your final home in heaven, my sympathy to you Meg, to you Lori and Jim’s children and grandchildren. I will remember Jim at my masses here in Detroit this weekend.
Fr. Rich Bartoszek
Comment Share
Share via:
AL

All our love- Ashley and Liz

Posted Apr 29, 2021 at 01:21pm
Amy, Meg and Family: Our deepest sympathies go out to you as you remember Jim. We love you and are here for you always! All our love- Ashley and Liz

All our love- Ashley and Liz purchased flowers and planted a memorial tree for the family of James Kieszkowski. Send Flowers 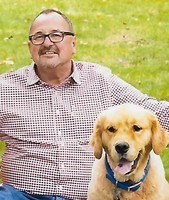 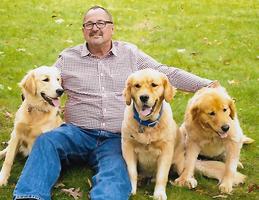 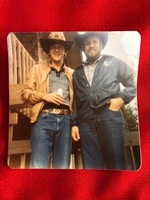 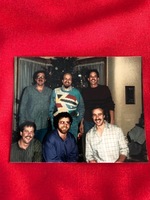