To share your memory on the wall of Morris Armbruster, sign in using one of the following options:

Morris was also very active in the church. For 16 years he served on financial and mission planning boards for the Michigan District of the Lutheran Church Missouri Synod, planning for future church locations. He enjoyed sharing the fond memories he had from his years spent on those boards. He and Mary Lou were also active at Mt. Olive and St. Paul Lutheran Church. Morris served on the church council and finance boards.
Upon retirement, Morris and Mary Lou moved to Manistee, MI where they built a house on a bluff overlooking Lake Michigan that was a welcoming home for their family and friends. Together, they enjoyed travelling to Europe and throughout the United States.

Burial will be at Trinity Lutheran Cemetery in Manistee, with a private interment service for family. A memorial service will be held as a celebration and thanksgiving for Morris' life on Sunday, May 30 at 2 pm at Trinity Lutheran, 5472 Fairview St., Onekama, MI. Visitation will be held on Saturday, May 29 from 3-5 pm at Oak Grove Funeral Home, 309 W. Parkdale Avenue, Manistee and at 1 pm at the church, prior to the memorial service.

To send flowers to the family or plant a tree in memory of Morris Herman Armbruster, please visit our Heartfelt Sympathies Store.

We encourage you to share your most beloved memories of Morris here, so that the family and other loved ones can always see it. You can upload cherished photographs, or share your favorite stories, and can even comment on those shared by others.

Posted Mar 31, 2021 at 11:26pm
Sue, Larry, Phil, and families -
Ed and I were sad to learn of your father’s death. You were fortunate to have such a kind man as your father. Both of your parents were so very kind to me and I will hold them dear to my heart always. With love to you and yours, Clara Kahle and Ed Jones.
Comment Share
Share via:
J

Posted Mar 28, 2021 at 10:47pm
Morris and I have exchanged Christmas cards for several years. He always included his wonderful newsletter which told me of his love for his whole family and for the Lord. I will always cherish that correspondence. I pray for God's Strength and Peace to all family and friends. In Jesus's name, Amen.
Comment Share
Share via: 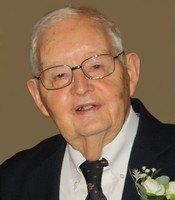 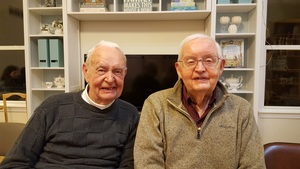 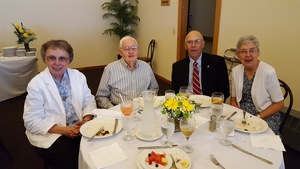