To share your memory on the wall of Larry Bulock, sign in using one of the following options:

Print
Larry Kenneth Bulock, age 79 of Manistee passed away on Thursday January 21, 2021 at his home.

He was born on March 26, 1941 in Indianapolis, IN, son of the late Vern C. and Helen M. (Benjamin) Bulock. After high school, Larry attended ... Read More
Larry Kenneth Bulock, age 79 of Manistee passed away on Thursday January 21, 2021 at his home.

He was born on March 26, 1941 in Indianapolis, IN, son of the late Vern C. and Helen M. (Benjamin) Bulock. After high school, Larry attended Michigan State University and graduated in 1965 with a Bachelor of Science degree in forestry.

Larry married Janet Kay Crane on September 11, 1965 in Bay City, MI at the Trinity Evangelical Lutheran Church. She preceded him in death on July 17, 2014.

He was employed at Packaging Corporation of America as a forester for 18 years. He left PCA in 1983 to open his own consulting forestry business, Michitree, with his wife Janet.

Larry was a member of St. Paul’s Evangelical Lutheran Church of Manistee, former member of the Manistee Lions Club and founding member of the Deer and Aspen Club.

He was an avid outdoorsman, who enjoyed bird and deer hunting and as well as fishing. He also served as a mentor in the Big Brothers/Big Sisters program of Northern Michigan. He was especially proud of his “little brother”, Malachi Hildebrand from Manistee who shared his love of the outdoors.

He is preceded in death by his parents; wife Janet; and brother, Robert Bulock.

Cremation has taken place and a memorial service will be held at 11:00 AM on Saturday, June 5, 2021 at St. Paul's Lutheran Church in Manistee. The family will receive friends at the church from 10:00 AM until time of service. Final interment will follow in Oak Grove Cemetery.

Memorial contributions in memory of Larry may be directed to Big Brothers/Big Sisters of Northern Michigan and St. Paul’s Evangelical Lutheran Church of Manistee.

To send flowers to the family or plant a tree in memory of Larry Kenneth Bulock, please visit our Heartfelt Sympathies Store.

We encourage you to share your most beloved memories of Larry here, so that the family and other loved ones can always see it. You can upload cherished photographs, or share your favorite stories, and can even comment on those shared by others.

Posted Jan 29, 2021 at 04:42pm
Best wishes to the Bulock family during this difficult time. You are in our thoughts and prayers.

3 trees were planted in the memory of Larry Bulock

Posted Feb 24, 2021 at 03:14pm
On behalf of Big Brothers Big Sisters of Northwestern Michigan, we want you to know that we are thinking of you and sending thoughts comfort, love and prayers to you during this difficult time. We are so very sorry for your loss. Larry will always be a treasured member of the Bigs family. He was a wonderful mentor to his Little Brother Malachi and was always seeking ways to support our organization. Larry was truly an amazing human being and he will be sincerely missed.
Comment Share
Share via:
KH

Posted Jan 30, 2021 at 05:12pm
So happy to have had the opportunity to know Larry. He always had a smile and fun side to him. He was very welcoming to Glen's cheesehead family.
Comment Share
Share via: 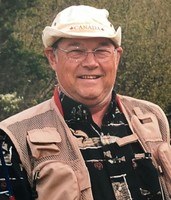 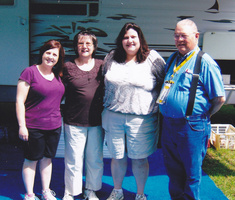 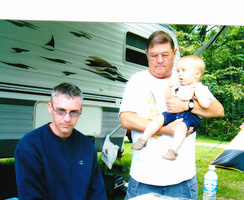 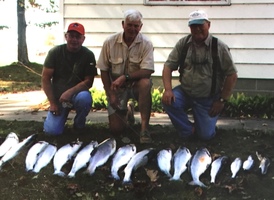