To share your memory on the wall of John Kosiboski, sign in using one of the following options:

He was born on March 27,1954 to Donald and Laurie (Gamache) Kosiboski. Jack was born a specia... Read More
John “Jack” Donald Kosiboski, age 66 of Manistee passed away on Saturday January 23, 2021 at Munson Healthcare – Traverse City Hospital.

He was born on March 27,1954 to Donald and Laurie (Gamache) Kosiboski. Jack was born a special needs child. He attended and completed his education with the ISD in Manistee. Jack was a loving guy who was devoted to his jobs and volunteering. He enjoyed meals on wheels and working for the mental health workshop.

Jack was involved in Special Olympics, playing basketball, poly hockey, bowling and swimming. He received many gold medals for his activities. He also enjoyed traveling and in his younger years he traveled from the East Coast to the West Coast with his family. Camping all the way. Jack also flew to Disney World and Las Vegas when he was older. He also took horseback riding lessons, which he enjoyed very much.
In 1965 Jack made his first holy communion at Guardian Angels Church. It was the first group with handicapped children.

Cremation has taken place and a private graveside service will take place at Mount Carmel Catholic Cemetery in Manistee at a later date. Memorial contributions in memory of Jack may be directed to Area 24 Special Olympic C/O Special Olympics Michigan, Central Michigan University, Mt. Pleasant, MI 48859 or a charity of donor’s choice.

The family would like to extend a special “Thanks” to everyone at Centre Wellness, Munson Hospital – Manistee, Moore Living and to all the caregivers for the wonderful care they provided to Jack.
Please feel free to share a memory or photo with the family at www.oakgrovefh.com. The family has entrusted funeral arrangements with Oak Grove Funeral Home & Cremation Center.
Read Less

There are no events scheduled. You can still show your support by sending flowers directly to the family, or planting a memorial tree in memory of John Donald "Jack" Kosiboski.
Plant a Tree

We encourage you to share your most beloved memories of John here, so that the family and other loved ones can always see it. You can upload cherished photographs, or share your favorite stories, and can even comment on those shared by others.

Plant a Tree in Memory of John
Plant a tree 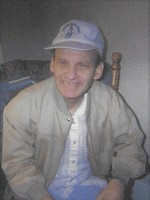