To share your memory on the wall of Barbara Pennell, sign in using one of the following options:

Print
Barbara Jean (Bultema) Pennell, age 73 of Manistee, went home to be with the Lord very peacefully on Wednesday January 20, 2021, at home surrounded by her family.

She was born in Muskegon on September 1, 1947 to the late John and Elizabe... Read More
Barbara Jean (Bultema) Pennell, age 73 of Manistee, went home to be with the Lord very peacefully on Wednesday January 20, 2021, at home surrounded by her family.

She was born in Muskegon on September 1, 1947 to the late John and Elizabeth (Rosema) Bultema. On July 14, 1966 in Muskegon at the Berean Church, she married Daye Lester Pennell. He preceded her in death on January 24, 2016. She was also preceded in death by her parents; two brothers, John H. Bultema II and Thomas J. Bultema; and a grandson, David Pennell.

In August of 2020 Barbara’s sister Ayne came from North Carolina for three weeks to help care for her at home, until we realized Barbara needed 24 hour care. During the last five months of Barbara’s life she lived at Cedar Ridge AFC where she was well cared for and loved by the staff and other residents. Her sister Mary Beth visited her there at least twice a week. She brought her lunch and they would sit outside or in Mary’s car to visit and eat. Barbara had said that those times with her sisters were very precious to her. Barbara came home for the last 10 days before her passing and her daughter Terri came from Muskegon to care for her and tend to her every need. Those are times we will all cherish. Hospice of Michigan was pivotal in the care of Barbara also, both at home and at Cedar Ridge.

Barbara graduated from Manistee High School in 1965. She was involved in many activities such as ski club and student council. Barbara enjoyed playing the flute in band, she was a foreign exchange student in Sweden and her artistic talents were endless. It was not a surprise that Barbara was a member of the homecoming court as people saw the kindness in her heart and the help she always displayed.

Daye Pennell had been pursuing Barbara for quite some time. It wasn’t until he finally agreed to go to a Berean Church service with her and her parents that landed him his first date with her. They were married at the Berean Church in Muskegon on July 14, 1966 and were married for 50 years.

Barbara and Daye started their marine construction business in Fruitport, MI, Pennell Marine, in the mid 1970’s. Barbara was instrumental in not only the daily operations of the business but also in acquiring the contracts that they received and completed. They sold that business in the late 1980’s. Their next adventure brought them to Wellston, MI where they bought the Wellston True Value Hardware Store which they successfully ran for over 20 years until they retired. During the time the store was in operation, Barbara was always ready to lend an ear or hand to anyone she met, whether it be a cup of coffee or a free breakfast sandwich. She always gave everyone the time to talk and was known in the area as a great listener. She inspired everyone she met to always reach for their dreams. She believed in the power of prayer and encouraged many to go to God with not only their requests but also with their thanks. Barbara was a member of First Church of Wellston and when she lived there she attended services regularly and always encouraged others to join her. She had the most beautiful smile and anyone that knew her valued her as a wonderful, caring and sweet woman who always put others before herself. She will be sadly missed but fondly remembered.

She loved to sing to her children when they were young and always wanted the best for them and her songs inspired that. Barbara’s greatest joy in life was raising and caring for her family; husband; children; grandchildren; great-grandchildren; and extended family. She is survived by her 5 children, daughters, Elizabeth Sannes, Terri (Dennis) Yonkers, Melissa Germonprez and sons, Jonathon (Joanne) Pennell and Patrick (Cheryl) Pennell. She leaves behind 10 grandchildren and 9 great-grandchildren, all of whom she adored and loved spending time with. She is also survived by sisters, MaryBeth (Bill) Kennedy, Ayne Bultema, Carol (Bruce) Lagerman, Liz (Tim) Horgan and brothers, James (Renata) Bultema and Paul Bultema. She also has three sisters-in-law, Debi Bultema, Chris Bultema and Penny (Bart) Rypstra who survive her. There are also many nieces, nephews and her special friend, and friend of the family, Bob Chisholm, who all will miss her dearly.
The family will receive friends at the Oak Grove Funeral Home & Cremation Center in Manistee on Saturday May 8, 2021 from 10:00 AM until time of Service at 11:00 AM with Pastor Tom Truax officiating. Memorial contributions in memory of Barbara may be directed to the First Church of Wellston or the Norman Township Fire Department.

Please feel free to share a memory or photo with the family at www.oakgrovefh.com. The family has entrusted arrangements with Oak Grove Funeral Home & Cremation Center of Manistee.
Read Less

To send flowers to the family or plant a tree in memory of Barbara Jean Pennell (Bultema), please visit our Heartfelt Sympathies Store.

We encourage you to share your most beloved memories of Barbara here, so that the family and other loved ones can always see it. You can upload cherished photographs, or share your favorite stories, and can even comment on those shared by others.

Posted Jan 27, 2021 at 11:16am
I’m sure Richie is saying a prayer for Barbara up in heaven. He always spoke so highly of your family. May God comfort you. Kathy (Mrs. Richie Knechtges.)
Comment Share
Share via:
HS

Posted Jan 25, 2021 at 01:19pm
To the pennell family, So very sorry for your loss. Of Barb. Randy Baun worked for them at Pennell marine. Thinking of you all at this sad time. Vicki Baun, Lewis.
Comment Share
Share via: 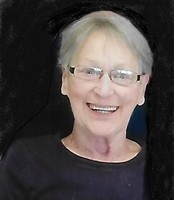