To share your memory on the wall of Anita Haglund, sign in using one of the following options:

She was born on April 20, 1937 in Manistee, daughter of the late Carl and Hazel (Hicking) Hedstrom. She was a graduate of Manistee High School, ... Read More
Anita Louise (Hedstrom) Haglund, age 83 of Manistee passed away on Friday January 15, 2021.

Anita was a member of the Eastern Star, PEO and The World Organization of China Painters. She was an award-winning china painter, taking great joy in gifting friends and family with her art. Anita was a beautiful knitter. She spent hours creating heirlooms for her family. She also enjoyed decorating her homes and assisting friends with theirs.

Anita is survived by her four children, Christy (Jerry) Gregorski of Manistee, Eric (Deborah) Haglund of Cary, IL, Glen Haglund of Manistee and Elsa Haglund of Williamsburg, VA; seven grandchildren, Trista, Britta and Ian Gregorski, Ben and Hannah Bracey and Alec and Brian Haglund; and numerous nieces, nephews and close friends who all enjoyed her feisty and tenacious personality.

She is preceded in death by her sister, Carol (Hedstrom) Bureau; and two brothers, Carlton “Gus” and Charles Hedstrom.

Per Anita’s wishes, a private family interment will be held. Those wishing to make a charitable contribution in memory of Anita may be directed to the Manistee County Council On Aging Senior Meals Program. Please feel free to share a memory or photo with the family at www.oakgrovefh.com. The family has entrusted funeral arrangements with Oak Grove Funeral Home & Cremation Center of Manistee.
Read Less

There are no events scheduled. You can still show your support by sending flowers directly to the family, or planting a memorial tree in memory of Anita Louise Haglund.
Plant a Tree

We encourage you to share your most beloved memories of Anita here, so that the family and other loved ones can always see it. You can upload cherished photographs, or share your favorite stories, and can even comment on those shared by others.

Posted Jan 17, 2021 at 11:00am
Dear Christy, Glen, Elsa, Eric & Families, My sincere condolences for your loss. Your Mother was one spunky lady who told you like it was & will be remembered for her quick wit. Please know you are all in my thoughts & prayers & I loved the photo you chose for her obituary it captured her vibrant personality. Virtual Hugs, Jean (Wilkosz).
Comment Share
Share via:
RP

Posted Jan 16, 2021 at 10:28am
So sorry for your loss. She was quite a gal. We have many wonderful memories of Nita through the years. She was a spit fire , and I always enjoyed talking to her. What a special person, she was one of a kind. Ruth and Dave Pratt
Comment Share
Share via: 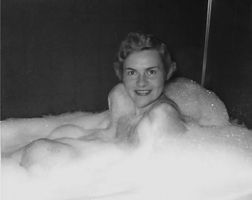