To share your memory on the wall of Duane Dewey, sign in using one of the following options:

Print
Duane D. Dewey, 70 of Irons, Michigan passed away at home under Hospice Care following a long battle with cancer.

Duane was born in Flint, Michigan to Gerald Wesley Dewey and Udeen Mae Swain. He graduated from Imlay City High School in... Read More
Duane D. Dewey, 70 of Irons, Michigan passed away at home under Hospice Care following a long battle with cancer.

Duane was born in Flint, Michigan to Gerald Wesley Dewey and Udeen Mae Swain. He graduated from Imlay City High School in 1968 and was drafted into the US Army where he was stationed in Germany as a radio/teletype operator until 1971.

Duane owned and operated Dewey’s Well Drilling in Wellston, Michigan 1975 – 1995, then he moved with his wife and son to Cottonwood, Arizona where he owned and operated Dewey’s Plumbing, Inc. 2003 – 2015. In 2017 Duane purchased a lake property in Irons, Michigan that he first saw in the early 1980’s and fell in love with. He spent the next couple of years building his dream home and on November 7th, 2019 he and his wife and numerous pets left Arizona and headed home to Michigan. Duane worked every day of his life, neither retirement nor cancer could slow him down. He enjoyed hunting, fishing and yes work.

Duane was preceded in death by his parents, Gerald Dewey and Udeen Swain, a brother Randy Dewey, a son David Dewey and a daughter Marcia Dewey.

Due to Covid19 restrictions the family will plan a memorial/celebration of life service at a later date (summer of 2021) and will provide notification at that time.

There are no events scheduled. You can still show your support by sending flowers directly to the family, or planting a memorial tree in memory of Duane David Dewey.
Plant a Tree

We encourage you to share your most beloved memories of Duane here, so that the family and other loved ones can always see it. You can upload cherished photographs, or share your favorite stories, and can even comment on those shared by others.

Posted Dec 20, 2020 at 04:13am
Sorry for the late posting but I just learned of Duane's passing. I have a memory of Duane that goes back to 1958 or 59. I bought a bicycle back in the early 50's direct from England with money that I earned from mowing lawns. Skinny tires, 3 speed, hand brakes, (wow) that was the thing to have back then. I cherished that bike and kept it like brand new for many years. As I transitioned from bicycles to cars I sold the bike to Duane's father, Gerald. It was a birthday gift for Duane. He really enjoyed that bike and I was glad it put a smile on a young boys face. I knew the Dewey family since I grew up in Imlay City and graduated from Imlay City High School with Duane's aunt, Carolann, in the class of 1960. My thoughts and prayers are with the family and I am so sorry for your loss.
David Smith
Bradenton, Florida
Comment Share
Share via:

Posted Nov 23, 2020 at 08:13pm
I first met Duane when he came to work on my plumbing in 2008. It was a ways into the depression and he had to downsize his business so he was answering the phone in the office and then coming out to do the work. He was so kind and friendly and very professional. Through the years I noticed that there were new Dewey Plumbing vehicles on the road so I knew he had made it back. I was so shocked to see his obituary in the Cottonwood paper. My prayers are with the family. I know he is greatly missed.

Posted Nov 20, 2020 at 11:02am
I have known the Dewey’s for many years. The pleasure to have known Mr. Dewey, as he will always be to me. He was a dignified and will remain as a strong, hard working man, in my memory. RIP Sir. ❤️🌹🕊
Comment Share
Share via:
I

Posted Nov 16, 2020 at 05:40am
Duane Dewey is a 1968 graduate of Imlay City High. School. The ICHS Alumni family offers our sympathy to the Dewey family. Rest In Peace Alumni & Veteran.
Comment Share
Share via:
J

I cannot get over the blatant hypocrisy of claiming a daughter that you utterly abandoned and neglected for the majority of her life. You were no kind of a father to your natural children, you merely provided the DNA. Your remaining biological daughter who wanted nothing from you in life and feels absolutely nothing now that you're gone, Jessica Dewey 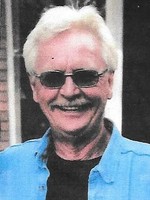