To share your memory on the wall of Peter Chick, sign in using one of the following options:

Print
Peter Marlow Chick, age 64 of Manistee passed away on Tuesday September 29, 2020 at his home after a short bout with cancer.

He was born on December 21, 1955 in Manistee, son of the late Marvin and Marguerite Chick, Sr. Peter enlisted ... Read More
Peter Marlow Chick, age 64 of Manistee passed away on Tuesday September 29, 2020 at his home after a short bout with cancer.

He was born on December 21, 1955 in Manistee, son of the late Marvin and Marguerite Chick, Sr. Peter enlisted in the United States Air Force in 1974, serving in Germany and the United States. While serving in the Air Force Peter also worked for the fire department in Marquette from 1974 -1975. He also served in the National Guard and enlisted in the United States Army, serving on Homeland Security duty.
Peter married the love of his life, Linda Thompson in 1996. Peter worked at the Little River Casino & Resort in the maintenance department. He was a member of the Manistee Moose Lodge
.
He enjoyed hunting and camping with his friends Leroy and Robin. Peter loved his family and will be truly missed by all who loved him.

He is preceded in death by his parents; his sweet angel of a daughter, Ashley; brother Michael; and father and mother-in-law, James and Marjorie Kropacek.

A celebration of life gathering will be held on Saturday October 24, 2020, from 2:00PM until 6:00PM at the Manistee Township Hall on Holden Street in Parkdale with Military Honors at 4:00 PM. The family encourages everyone to be safe and kindly where a mask, please..

Please feel free to share a memory or photo with the family at www.oakgrovefh.com. The family has entrusted funeral arrangements with Oak Grove Funeral Home & Cremation Center of Manistee.
Read Less

To send flowers to the family or plant a tree in memory of Peter Marlow Chick, please visit our Heartfelt Sympathies Store.

We encourage you to share your most beloved memories of Peter here, so that the family and other loved ones can always see it. You can upload cherished photographs, or share your favorite stories, and can even comment on those shared by others.

Cindy and Andrea Hummer sent flowers to the family of Peter Marlow Chick.
Show you care by sending flowers 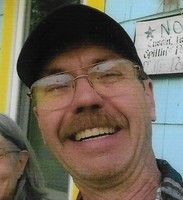